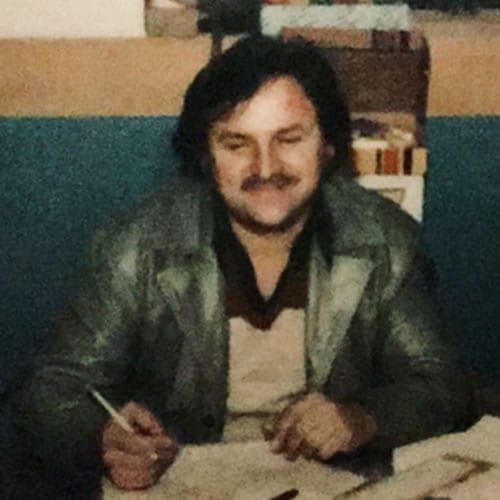 Peter Fedun Sr, known as “The Cap”, started racing in 1964, focusing on stock class, NHRA style. Fedun Sr set many records, bringing home first in the Gold Cup Niagara Dragway Park national event in both 1965 and 1967. He won numerous local and NHRA points meets before he made the switch to super stock class in 1972. He travelled throughout Canada as well as the USA, going as far as California and Texas to follow his dream.

Peter Fedun Sr. carries an abundance of achievements, including winner of the 1985 Springnationals, 1985 US Spring Nationals, 1986 Gatornationals, and the 1979 Grandnationals. He is a O/S 1970 national record holder, 1974 NHRA Winston points race champion, Cayuga Dragway Park champion in 1970, 1974, and 1975. Additionally, Fedun Sr is a multi-time points champion at Lancaster Dragway and Empire Dragway, and a 1979 A/SA class champion Sports National in Bowling Green, Kentucky.

Fedun Sr. worked as an engine builder for the renowned Wally Clark for 10 years. His car, driven by Joe Fioravanti, was a runner-up at the Grandnationals. Peter Fedun Sr. owns Fedun’s Performance Centre since 1963, and has personally built thousands of engines, from stock rebuilds to racing engines.