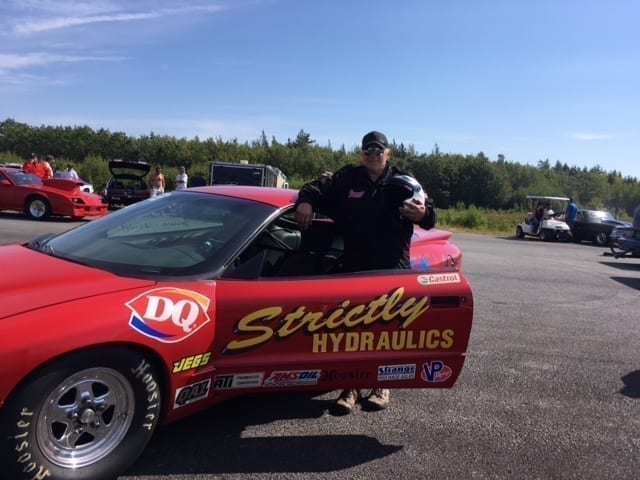 Greg Nickerson began drag racing alongside his brother Don Nickerson when he was 17 years old. Throughout the 1970s they raced two T Buckets together. Eventually, Nickerson decided to go solo and find his own identity within racing. In 1980, he purchased John Armstrong’s 1969 Camaro, which ran in Super Stock E Automatic. He ran a consistent elapsed time of 10.10, with the car’s best performance being 9.97 at 135 mph. He made frequent trips to race in Englishtown, Redding, Sanair, and New England, among many others.

In 1985, Nickerson became the first Maritimer to ever record a Grand National event win when he won the Molson Grand National at Sanair. Years later, his Camaro was sold to fellow dragster Brian Oakes, who made the car a record-breaker, holding the SS/CA record for a long period of time.

Today, Nickerson is operating a 1994 Firebird in the C/SA category, and recording times in the mid-10s. In the past seven seasons he has had four Stock/Super Stock season wins in the Nova Scotia Drag Racers Association. In 2009, he was the runner-up at the New England Dragway with his firebird.