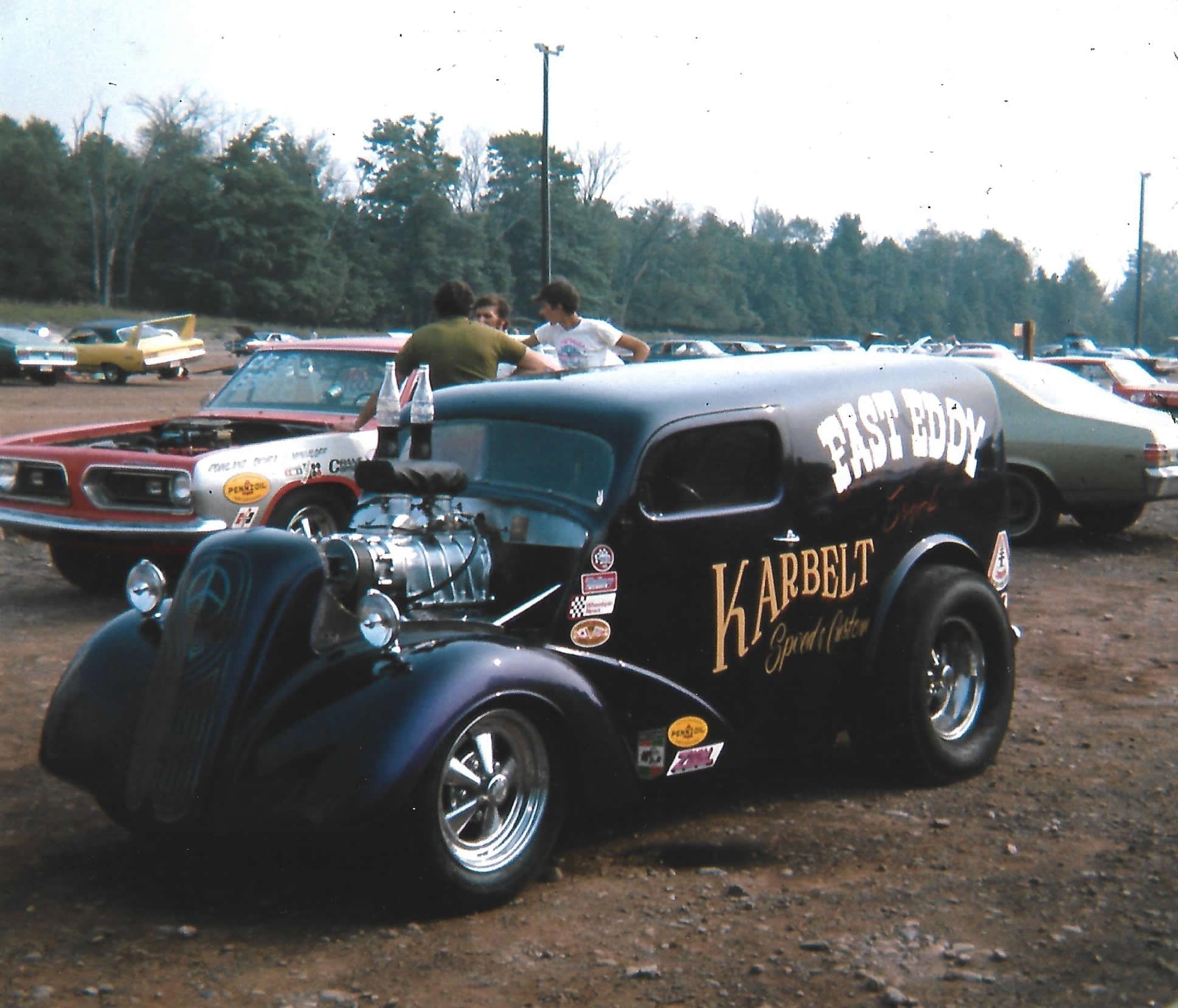 Owner of The Chassis Shop, NHRA record for most perfect runs ever

Eddy Bryck is recognized both as one of Canada’s premier race car builders and long-time drag racing veterans. Bryck’s The Chassis Shop, which was first established in 1975, has constructed an impressive list of successful Canadian drag racing machinery over the years, including those raced by Mike Papadamou, Kasey Janzen, Ed Wiens and Ray Sanchez.

Bryck himself has been building and racing his own cars since 1961. His first drag racing vehicle was a 1929 Ford Street Rod, which was converted to the strip for the A/SR class. That was followed by a 1923 Ford B/Comp car, the infamous Karbelt ’48 Fiat C/Altered (Skura-Rowland-Pratt), a wild supercharged B/G Thames Panel truck and a ’67 Pontiac Acadian C/Super Modified. In 1988, Bryck and his son Sam began running a Ford 27T in Super Gas. They have remained in that category ever since.

The Brycks currently run a self-built 1933 Ford bodied machine built in 2005, which features a chrome-moly chassis and a four-link rear suspension. Power for that 2,100-pound machine comes from a 540 Chevy, and Hooker exhaust components, Strange axles, a Hughes converter, and a TCI transmission are all employed in the ultra trick Ford outfitted with a carbon fibre body and swing arm rear suspension. Other innovations include a titanium yoke assembly, an aluminum centre section, an ultra-light Pro Stock-type struts and a carbon fibre brakes.

Bryck’s reputation for racing consistency is well known within the NHRA’s Super Gas (9.90) circles. He holds the record for the most perfect runs ever — carding no less than six 9.900 second time slips during the NHRA national and divisional competition. Bryck has yet to win at the NHRA’s national event level but has come very close, including a fifth-round placing at the prestigious U.S. Nationals. He also has a number of regional Canadian event wins to his credit, including the 1991 NHRA National Open at Napierville Dragway.

Primary funding for the Brycks comes from their own business, The Chassis Shop, but valuable associate sponsorship is provided by Pro Fuels. Bryck has support from his crew chief Alex Forester, as well as Warren Fisher, Joe Ferrari, and tech support from Brian Sannino, “the geek.”