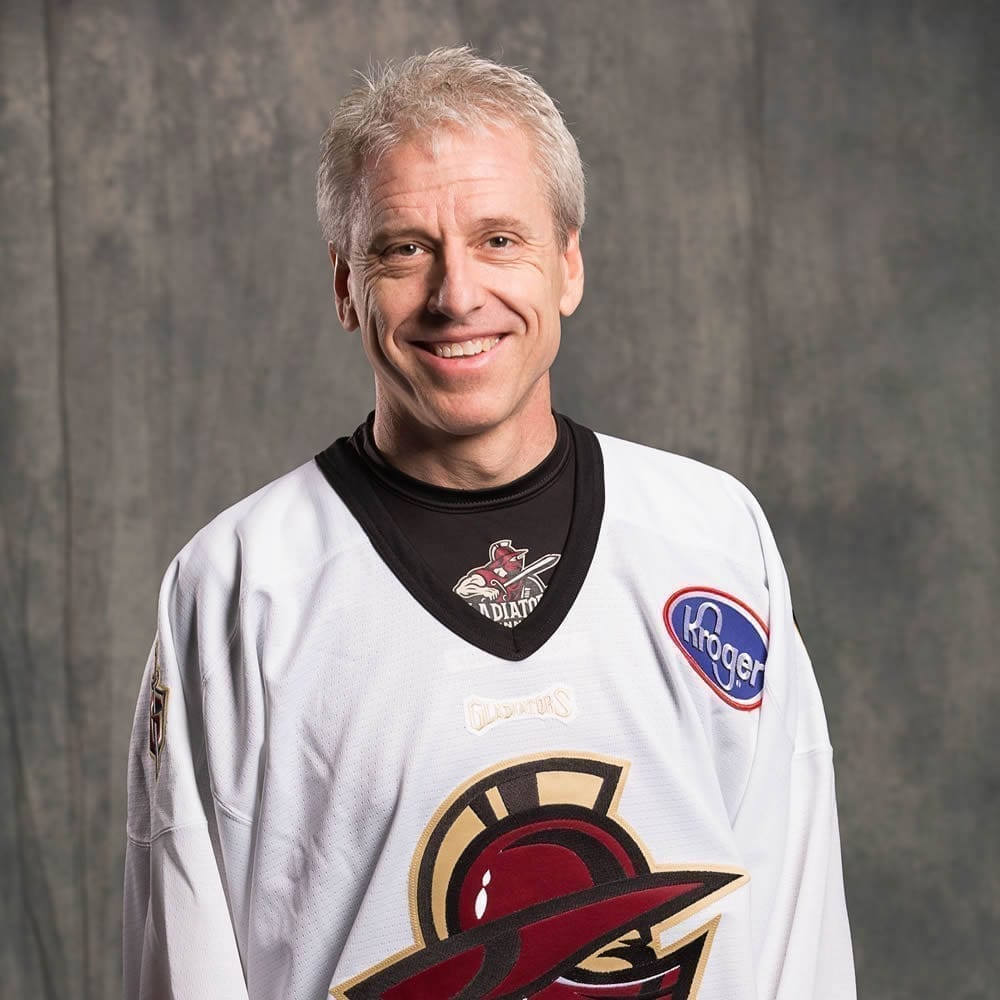 Greg Ozubko attended his first drag race in 1970 at the Edmonton International Speedway and was immediately captivated by the sights, sounds, smells and speed. He started regularly asking his older brother to take him to the races, and rarely missed one from that point on.

He was always interested in art and frequently drew pictures of his two loves, hockey goalies and race cars. Over the next several years, he continued to draw race cars in his spare time — and even during school hours.

In the mid-70s, Ozubko befriended Speedway owner and drag racing icon Ron Hodgson, and the meeting likely shaped the rest of his life. It gave him inside access to the track and the teams who regularly raced there. Ozubko drew pictures of cars and gave them to the teams at the track. Before long, Hodgson suggested he sell the drawings. The experience got Ozubko interested in the business side of drag racing.

By the time Ozubko was a teenager he was working at the track during the week and attempting to sell his drawings to the teams at the races on the weekend. He also helped traveling professional teams that arrived shorthanded and needed assistance, whether it was pushing the car back from the burnout or cleaning parts in the pits. By the time he reached high school, his artwork had progressed from drawings to paintings. He would take orders for paintings, use them at school for a grade in art class, and then deliver them to customers at the next race.

Ozubko attended the University of Alberta, shuffling through several different majors from computer science to accounting to pre-law, before realizing he had a great career at his fingertips and deciding to continue growing his racing artwork business. He finished his Bachelor of Science degree and established GOS Motorsport Graphics. The timing was very fortunate: drag racing was growing and teams were beginning to invest in the look of their vehicles. Ozubko was asked to prepare paint schemes for their cars and to do sponsorship drawings for proposals teams were making to corporations.

His business grew into the United States, and he built a strong reputation for a business-like approach, always delivering what he promised on time. He won his first NHRA National Event Best Appearing Car award in 1997, and soon awards like it became common. For several seasons, cars with paint schemes he had designed won more best Appearing Car awards than all others combined.

Ozubko was also often asked to prepare T-shirt designs, which became an important part of his business. It always bothered him that he would be paid for the design while the company printing the shirts and the teams they were for made money off his designs. To put an end to this, he got involved with future Top Fuel racer and team owner Bob Vandergriff Jr., who had a small screen printing business. Ozubko would prepare the artwork and Vandergriff’s company would print the shirts.

GOS Motorsport Graphics continues to this day to prepare paint schemes for a variety of motorsport teams worldwide including Nascar, boat racing and drag racing in all its forms. His T-shirt artwork grew to become the biggest part of the business, and Ozubko and Vandergriff established themselves as a major apparel supplier in drag racing.

In 2012, Ozubko established VA Ink Apparel when Vandergriff left to focus on his growing racing empire. The business has continued to grow and has built the same strong reputation GOS has always enjoyed.