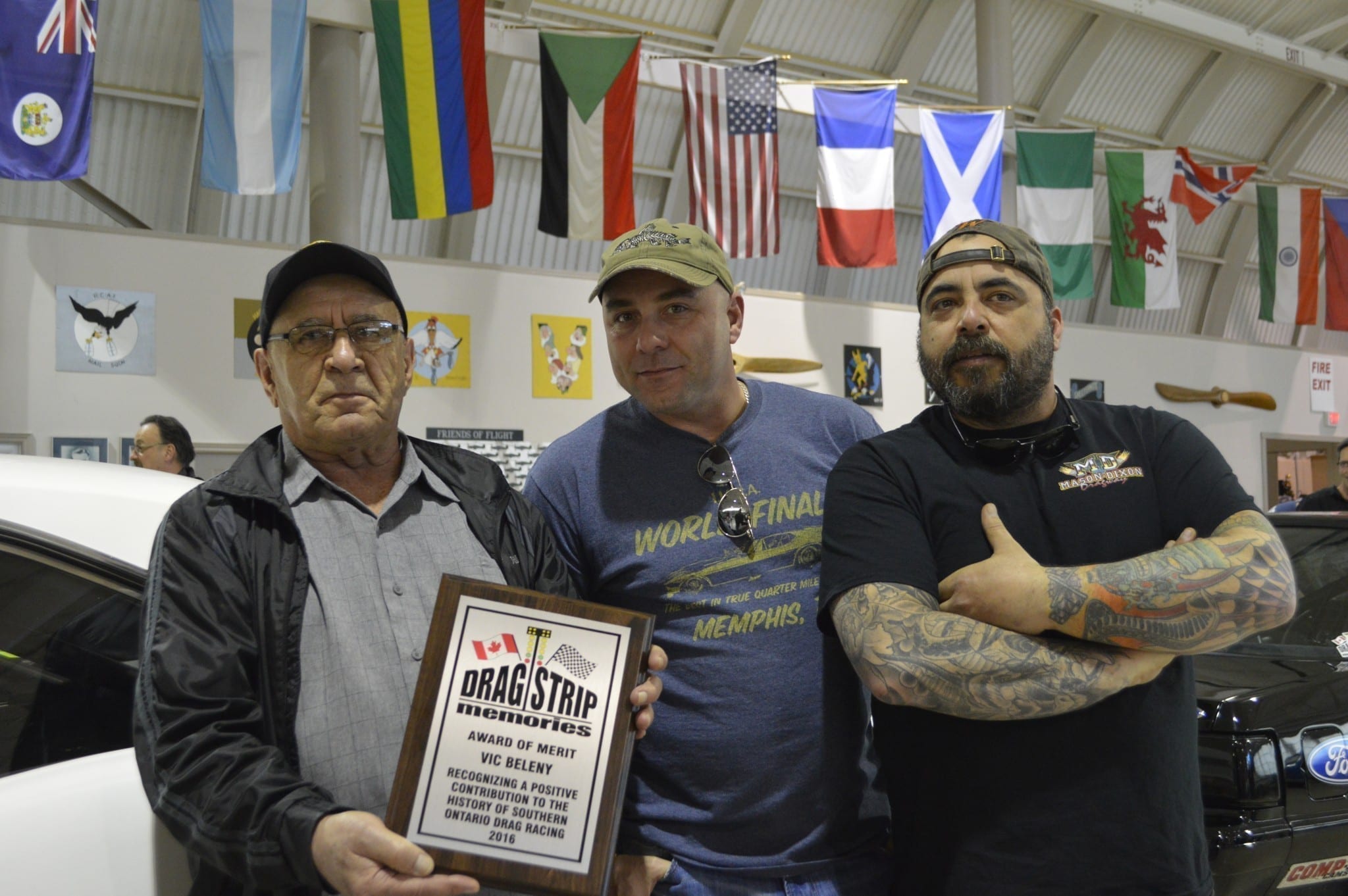 Member of The Ford of Canada Factory

Vic Beleny made his first pass down the track in 1959 with a 58 Fairlane at Super Boss/Cayuga/Toronto Motorsports.

In 1966, Beleny purchased a 66 Mustang 289 271hp that he raced in C/D automatic. He also ran at the Cayuga and Niagara Dragway where he won 18 of the 26 races he participated in. In 1968 Beleny purchased a Montego hard top and ran E/SA (Satisfaction1). A year later, he purchased a Montego convertible (Satisfaction Too) first time out runner up at Cayuga, then ran in Dallas, Texas and won in the class he was competing in. He also opened his own business in 1970.

It was eventually at a division race in Windsor that he was approached by Ford Motor Company of Canada and offered start up the Ford Performance Clinic.

Beleny took up racing once again in 1975, after attending an Indy race. He purchased a 67 Mercury Comet, which he raced on and off for the next 17 years in NHRA Division 1. In 1992, Beleny traded the Comet for a 67 Fairlane, which he raced in IHRA with good success. To date, he still owns the car.

Beleny is married and has two sons,Danny and Tommy. Although Beleny retired from racing in 2014, he still gets to be part of the sports he loves by helping one of his sons with his race car.