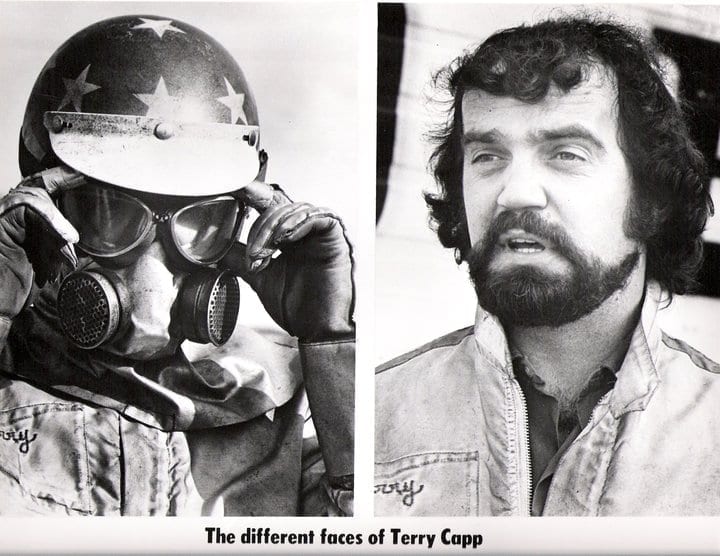 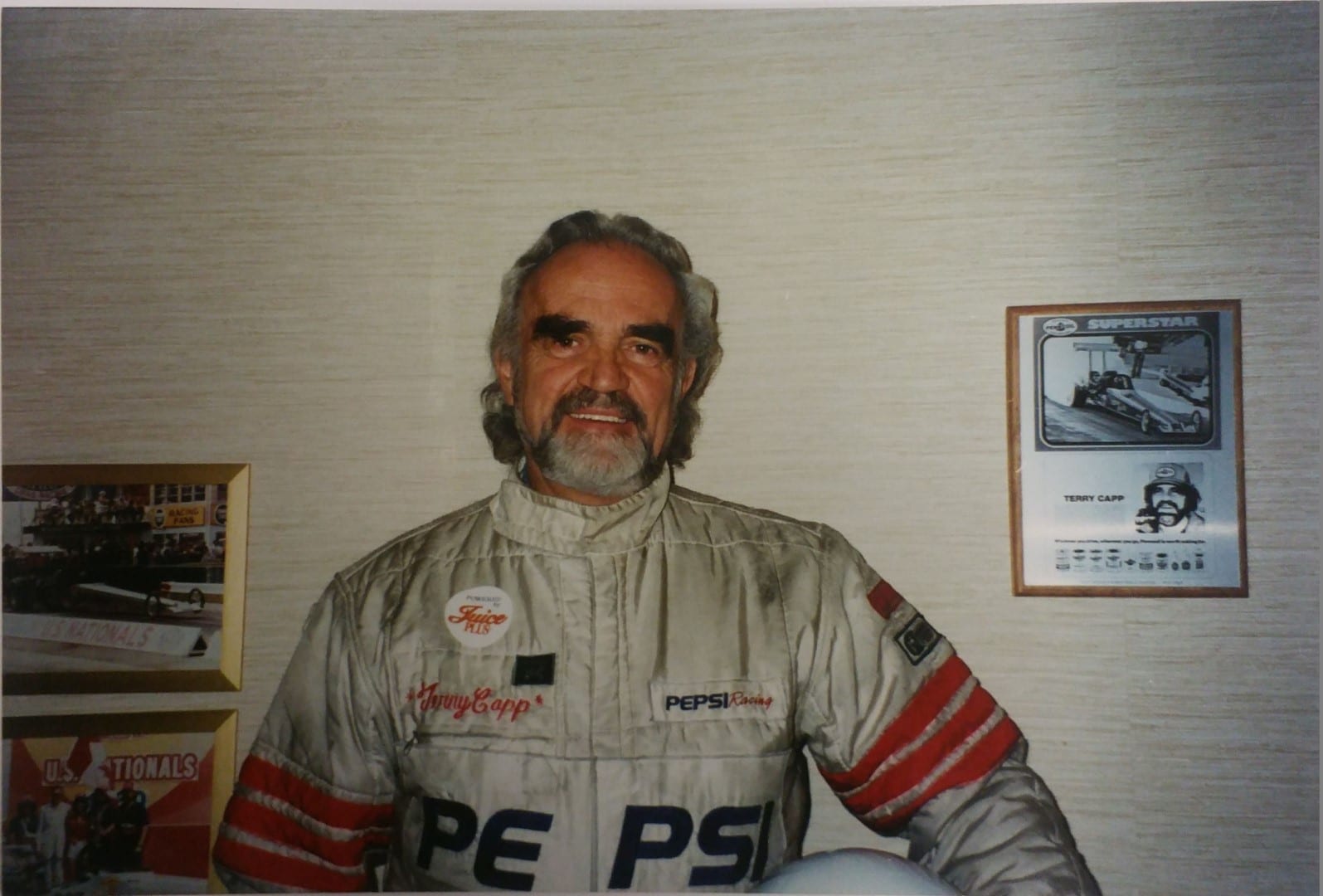 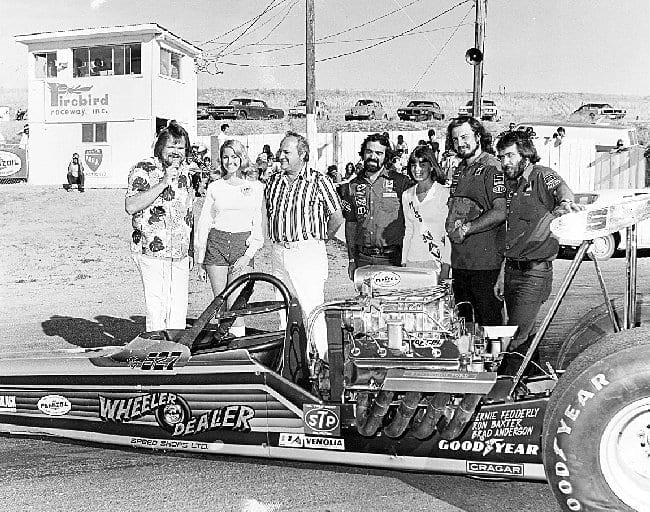 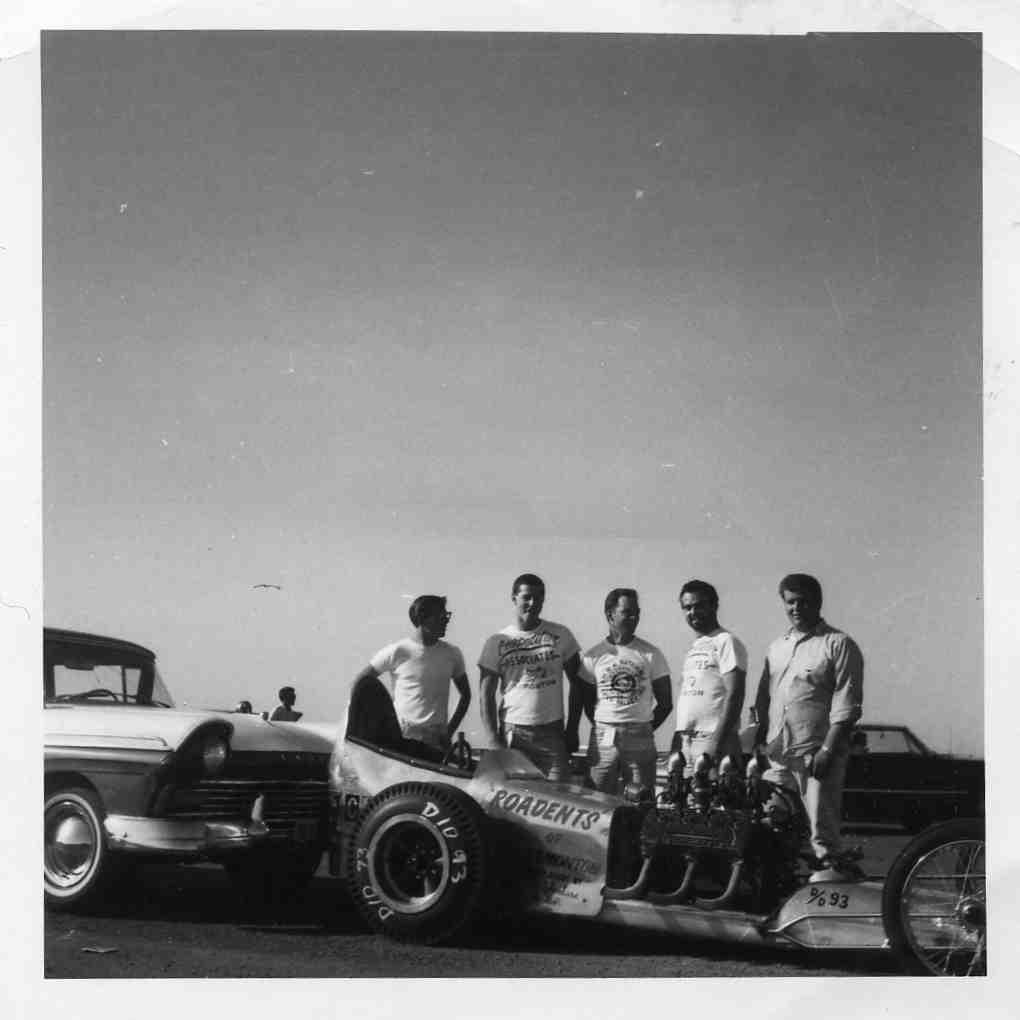 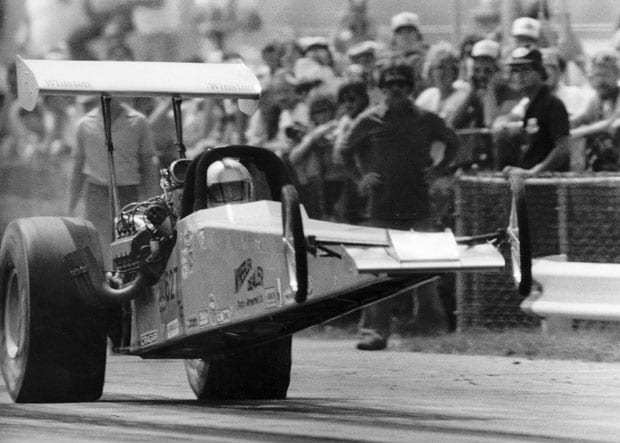 From the mid 1970s to the early 1980s, Terry Capp and his crew chief, Hall-of-Famer Bernie Fedderly, were instrumental in bringing Canadian Top Fuel drag cars to the forefront of the North American drag-racing scene. Capp was honored with a cover feature on the NHRA’s National Dragster magazine four times. The highlight of his career was winning the 1980 Top Fuel championship at the U.S. Nationals in Indianapolis.

Fellow Hall-of-Famer Gary Beck (the Top Fuel hero from Edmonton) was instrumental in making drag racing an international sport and was one of Capp’s equals.

Capp began drag racing in 1967 with Fedderly, and the two made a formidable team for the majority of his career. Their initial entry was a 1951 Anglia B/Gasser, which proved to be more successful than expected and won them the Western Canadian Championship Series that season.

In 1968 and 1969, they improved their racing pace with a C/Dragster, and then switched to the lightning-fast A/Fuel Dragster category in 1970. Shortly thereafter, the duo met with Wes Van Dusen, who had a Top Fuel dragster and needed campaigning assistance. A three-man partnership was instantly formed. Capp purchased a 426 Hemi from a retired US Funny Car racer, and the team went to the Saskatchewan International Raceway where they hit a 6.42 second run (225 mph), a Canadian record.

Capp’s impressive performances continued as he raced in division VI at Seattle International Raceway, where he came away with a 6.40 sec run (236 mph), which was something Americans had not expected Canadians to do. Beck convinced the team to try rear engine racers in 1972 and they finished in the Top Ten of the NHRA World championship Series. Many wins and regional championships followed.

Capp went into semi-retirement after his victory, but teamed up with Ron Hodgson, Gordon Jenner, and Dale Adams in 1988 to experience Top Fuel racing again. They won the AHRA World Finals in Spokane that year, and went back to the US Nationals in Indianapolis where Terry qualified ninth, losing in the second round with a gigantic wheel stand.

Over the next decade, Terry made use of his Top Fuel and Funny Car licenses by running match races throughout Canada and the US. In 2000, he won the AHRA World Finals in Spokane, by posting a time of 5.22 seconds and a 297 mph run.

In the spring of 2004, Hodgson came forward to help realize Capp’s goal. A racing operation was initiated to compete at the Edmonton Castrol Raceways IHRA Rocky Mountain Nationals with Canadian Crew Chief, Rob Flynn. On the first full pass in elimination, Capp ran 4:73 at 324 mph defeating Todd Paton. He went on with sub-five second passes over 300 only to “red light” in the final against IHRA multi Champion Clay Millican.

To this day, Terry Capp is the fastest and quickest Canadian to run on any Canadian drag strip.

Hodgson came back into the picture when Capp decided to build a duplicate of his 1970’s Bubble up Nitro Funny Car, formerly driven by Gordie Bonin. Capp drove with a crew that included Jenner, Roland Leong, Bob Papernick, Dan Brochu and Doug Syme. Together they won several events, set track records and were tagged with “the Quickest and Fastest Nostalgia Funny Car on the Planet” following their victory at the Lucas Oil event at Mission Race Way, BC.

Capp went back into retirement allowing Hodgson’s son, Ryan Hodgson to be the current driver of the Troy Lee Nostalgia Funny Car. However, there is a rumour circulating that Capp’s racing career is not finished, as now he dreams of going 300 mph in a Nitro Funny Car.