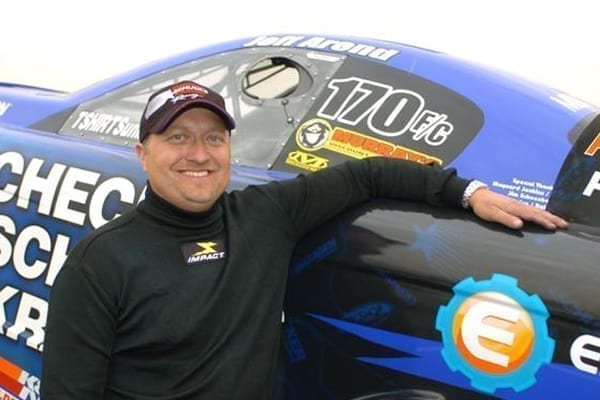 1995: Made professional debut in Nitro FC at Gainesville. Qualified 10th. Next race at E Town  took out defending event champ Mark Oswald in the first round with a low ET of raceday,  5.13. First Professional round win.

1996: Defeated John Force at home track (London Motorsports Park) and reset Canadian ET  record. Won first NHRA National Event at Maple Grove defeating Tony Pedregon in the final.
First Canadian to eclipse the 300 mph barrier at the World Finals in Pomona. 1997: Moved to California and got married. Worked for next 4 years as an instructor and Operations Manager for Frank Hawley’s Drag Racing School.

2007: Named second driver of the Blue Checker, Shucks and Kragen Funny Car. Qualified  number at Indy and the World Finals.

2008: Took over controls of the DHL Funny Car for Connie Kalitta after the death of Scott at  Englishtown.

2011: Won Houston, made the Countdown to the Championship for the first time and finished 8th in the world.

2012: Raced to a win in Chicago; set a career best time in Pomona 2 at 4.036 and a career best speed of 318.09 at Reading; made his second consecutive appearance in the Countdown to the Championship.

2016: Ran Winternationals and Las Vegas 1 with the Russo’s again qualifying both times and setting a career best ET in their car at Vegas.