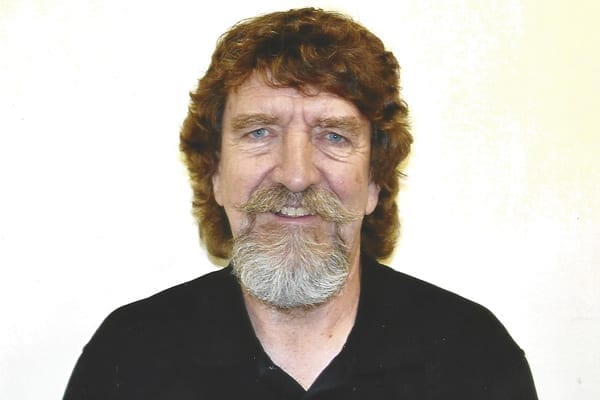 Harold Parffet’s introduction to drag racing was not only exciting but also dramatic. In 1966, he attended his first drag race in Edmonton at the age of 15. That very same day he met famous race car driver Don Garlits who told him that if he worked hard, that one day he could own his own race car. That encounter forever changed Parffet’s life and inspired his passion for race cars and drag racing.

After studying at technical schools in Edmonton and Calgary, Parfett started a business manufacturing electrical boxes in his garage. After a few years, his business “ACE” grew and racers began approaching him asking if he could sponsor their race cars. Unable to afford a race car of his own and seeing the dedication of these racers to win, Parfett focused instead on helping struggling racers by any way he could.

In the early 1990s, ACE became involved with the Powerama car show as the principal sponsor for race car driver, Levy Dumont. His car won almost every race and was on the cover of several race programs. Shortly after Dumont’s 1991 championship win, the Royal Canadian Mounted Police (RCMP) approached Parfett asking if he would get involved with their “Say No to Drugs” campaign.

In the following years, Parfett remained actively involved with the RCMP and their campaign on street legal programs among young drivers. The program’s aim was to foster a positive image of law enforcement among young drivers while targeting important issues such as the responsible operation of motor vehicles and an awareness of drug and alcohol abuse. In 1997, he was approached to help build a 1970 Nova race car to participate in the street legal program at the Budweiser race track. Not only was this the first police race cars in Canada, in 1998, the RCMP team was presented with an award by the Chiefs of Police in Edmonton in recognition of their outstanding contribution to Traffic Safety. Being an avid supporter of this cause, Parffet recalls this as an extremely rewarding experience and investment.

It was also during this time that Parfett began sponsoring drag racing and helping young drivers succeed. Drag racers he sponsored went on to compete in races at both the International Hot Rod Association (IHRA) and National Hot Rod Association (NHRA). In 2001, Parfett formed “Ace Racing” with his sons and began racing snowmobiles and “funny cars”. In 2003, Parffet joined the IBBA Nostalgia funny car club and 37 years after meeting Don Gartlis, Parfett finally owned his own race car.

Each summer Ace puts on a race in Edmonton called the Outlaw 6.99. As of 2014, Team Ace Racing and Ace Racing has sponsored 15 race cars and is a sponsor of the Canadian Motorcycle Drag Racing Association (CMDRA), Outlaw 6.99 and Castrol Raceway in Edmonton. Parfett has dedicated 30 years to helping racers and plans on continuing this journey for many years to come.