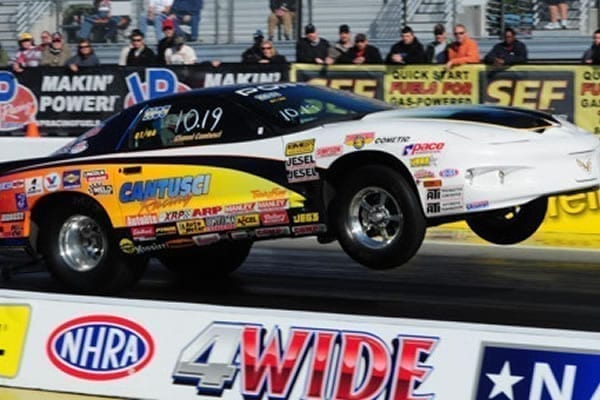 Gianni Cantusci has been involved with drag racing his entire life. Before he could learn to walk, he was at the races with his parents and drove his father’s car for the first time at the age of 15. In 1986, he started racing on a regular basis and competing in several NHRA and IHRA sanctioned events, competing in Bracket, Stock, Super Stock and Top Stock. He competed using several different cars, but won a fair share of these races using the first car he built, a Pontiac Firebird.

In 1997, he had a brand new Pontiac Firebird built by F.J. Smith of Cayuga, Ontario with many event wins, which he continues to drive today. Cantusci’s most memorable race was in 2011; he finished 3rd in the Division 1 for Super Stock (IHRA) which qualified him for World Finals. In 2011, Cantusci became the IHRA Super Stock World Champion.

Cantusci credits his parents for giving him the opportunity of being involved in the great sport of drag racing.