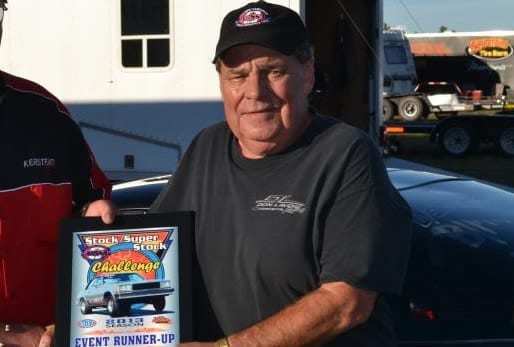 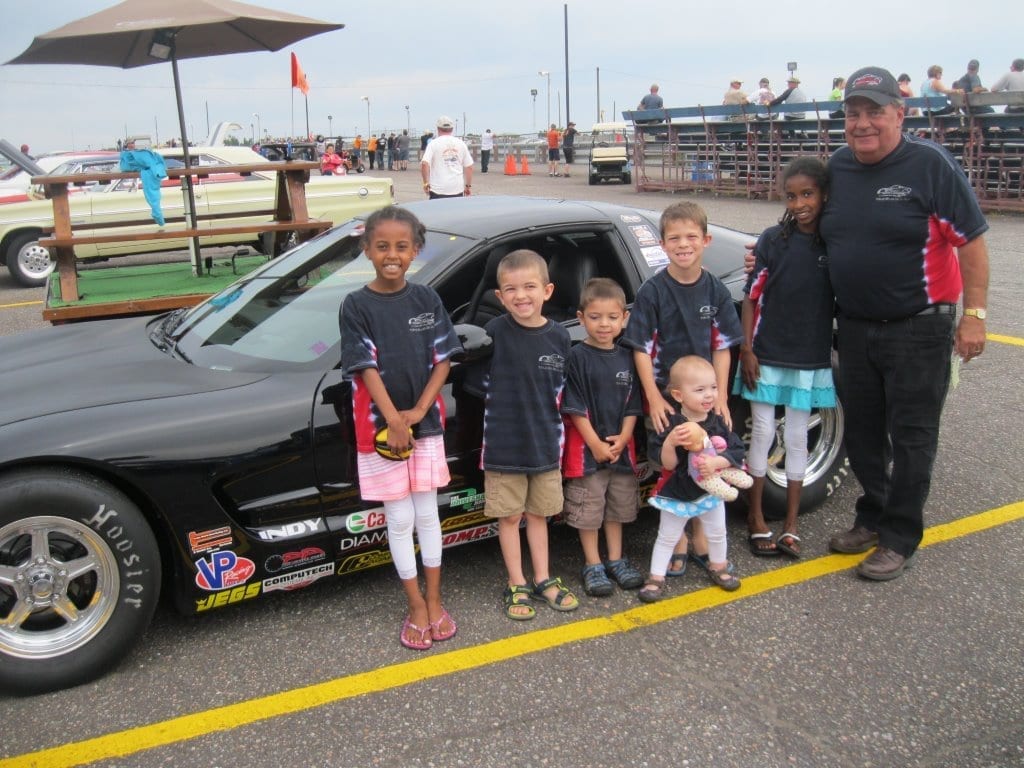 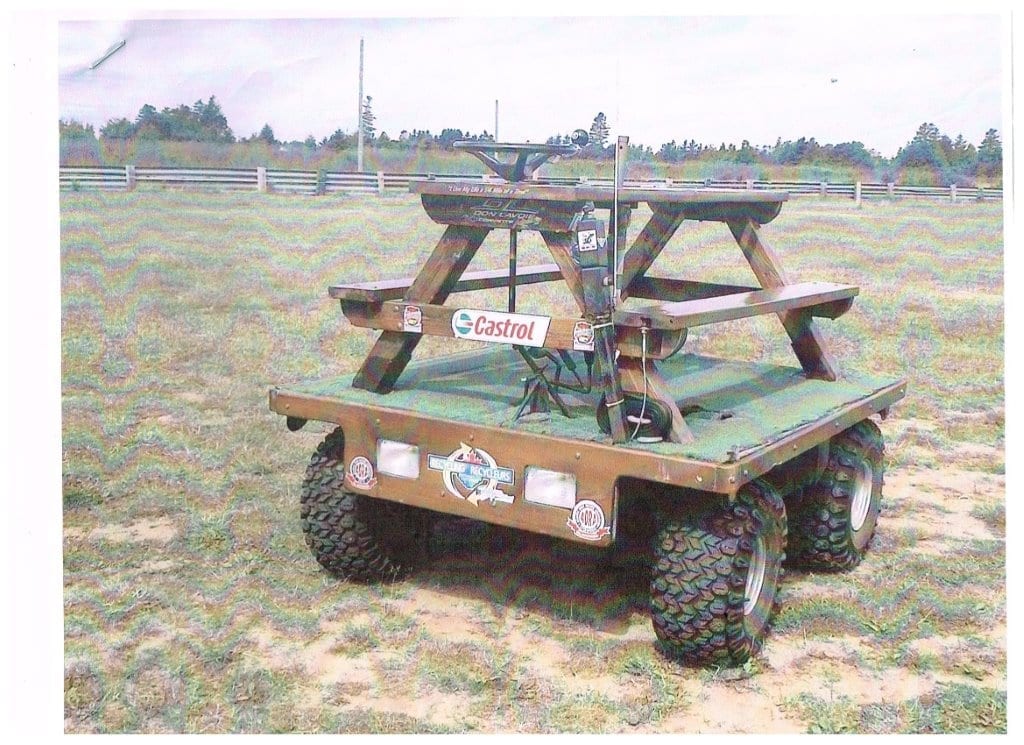 A man who is no stranger on the Maritime drag racing circuit has been inducted into the Canadian Drag Racing Hall of Fame.

For Lavoie, the news that he was going to be inducted into the Canadian Drag Racing Hall of Fame was overwhelming. “It means an awful lot to me,” said Lavoie. “It’s a real honour and to be the first from New Brunswick, that is just friggin’ perfect. When I got the call, the person told me to sit down and I did. Then after he told me, I said now that you’ve told me, I can’t get back up. I was in shock.”

Attending a gala event to receive this honour is a long way from Lavoie’s first visit to a racetrack when he was a teenager working in Ontario in 1969. “I had lied to get my driver license. I was only 15. I had bought my first car and was doing some street racing,” he said.

Lavoie frequently visited a local speed shop, which is where he learned about a race being held at Cayuga Raceway. “The guys there lent me a set of slicks to go and said if you want to come, come with us. And that’s where I started.” Lavoie and his soon to be wife, Rose went to the race and as he says with a laugh, “the rest is history.” Lavoie moved to Montreal a year later where the couple got married. His love of racing demanded that he cut his own wedding and honeymoon short. “I was in the points race in Cayuga. I took two weeks holidays but I cut the honeymoon to one week and went racing the next week,” Lavoie said.

At the time, Lavoie owned a 1969 Nova he called “Mr. In Between”, a nickname that stuck throughout his racing career. “I had 14 race cars and they were all called Mr. In Between.”

Lavoie has been racing throughout the Maritimes for 40 years after moving back to his home province and opening his own print shop business in Dieppe. He and his wife are both from Rogersville. “My first race was in P.E.I. in 1975 and I was at the first car show they had at the [Moncton] coliseum. I’ve been promoting drag racing ever since.” During his five years of living in Montreal, Lavoie raced at tracks across Québec. “When I moved to Moncton, I didn’t really know they had drag racing tracks here until somebody told me.”

Lavoie has raced at all the Maritime tracks for the last four decades and is still racing despite a serious accident 10 years ago. “I had a real bad accident in Miramichi in 2005. It put me away for about six months but I came back.” At the time, Lavoie had purchased a wheel-stander truck and was trying it for the first time. He had purchased it in the United States and was given instructions on what to do and what not to do. “For the first time I went too far. I should have only went 200 or 300 feet but I went an 1/8 of a mile and the wind got a hold of it.” The truck flipped over the guardrail. “I’m frigging lucky I got back on my feet and racing again.” Lavoie spent three weeks in the hospital with a broken back. “All the vertebrae in my back are gone, they’re paper thin. There’s no cushion between them.” Doctors told Lavoie not to race for a year, and although he followed the doctor’s orders, he admits it was hard. “I can’t stop,” Lavoie said with a chuckle. “I try to stop every year but I can’t. I know so many people. I mean look at Mark Green. He was a kid when I started racing here and now he has sons racing. It’s not something I can walk away from it, not right now.”

Despite the seriousness of the accident, Lavoie finds some humour in it. “I always say I’ve got the longest wheel stand in New Brunswick, or should I say the Maritimes,” said Lavoie. “I went over an 1/8 of a mile on two wheels but I crashed. Then I stayed in the hospital the longest time too, so I have lots of records from that.”

Lavoie now races a stock Corvette but over his 40-year racing career in the Maritimes, he’s owned 14 cars including four Funny Cars and a Superstreet Camaro. Of all the cars he owned throughout his career as a drag racer, Lavoie didn’t hesitate to choose his favourite. “My favourite? It would have to be my alcohol Corvette Funny Car. That would have to be my favourite.” Lavoie bought the car after he recovered from his accident. “I wanted to go 200 miles per hour but I didn’t. I made it to 186 miles per hour at 7.77 secs. That was my goal but I didn’t exactly reach my goal.”

Lavoie says his love of racing Funny Cars comes from his admiration of his racing idol, John Force. “The first race that he won in NHRA was in Sanair in Montreal and I was there.” Lavoie said he got a picture taken with Force and knew if he ever had the chance to own and race a funny car, he would and he eventually did. “That was just one of the highlights,” said Lavoie adding he’s had many over his years as a drag racer.

Lavoie was a bit reluctant to share his age but with a bit of prodding, he reveals he is 66. He says he’d rather see himself described as one of the oldest drag racers in New Brunswick, not because of his age, but because of the how long he’s been racing.

When asked about his family and their support, Lavoie said of his wife, “Rose is my No. 1. She has kept me going, encouraged me.” Lavoie added his two daughters and grandchildren also support him in his love of drag racing even after his accident. “After my family come my buddies. I can’t name them all because there have been so many that have helped me over the past 40 years.”

Lavoie has seen many changes in drag racing during that time and says most changes are for the better. “Things are safer, cars are going faster than they did 40 years ago and the tracks are keeping up with those changes. The NHRA and IRHA have created rules to keep us safe.” Despite his bad accident at a racetrack, Lavoie believes it is still the safest place to drive and race.

Lavoie’s involvement with the sport of drag racing goes beyond just owning a car and racing and winning races, trophies and more. He says he belongs to all the associations he can, and enjoys making t-shirts, plaques and trophies for racers, and a calendar that features drag cars from across the Maritimes. “I just can’t stop, not now. As long as the health stays there, why stop?” Lavoie said.

When asked what becoming a member of the Canadian Drag Racing Hall of Fame means to him, Lavoie was quiet for a moment as he considered his answer. “It means a lot to me. I can’t put it into words. I know I’ve done a lot to help promote the sport in the Maritimes,” said Lavoie. “Being the first one from New Brunswick is an honour. I’m so excited.” Lavoie is quick to credit his family and friends and says they are a part of this as well. “This is really where my honour is because without them, the track owners and more, this wouldn’t have happened.”

Congratulations Don and Rose from your Maritime drag racing family.