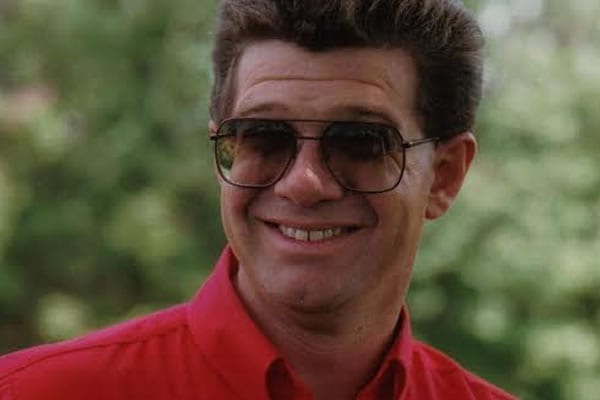 Known as one of only three recognized drag racing competitors in the world to have driven all three types of Funny Car in his career, Bob Elliott and his Northern Force left a lasting impression throughout Canada and the Mid-Eastern United States. Constantly pushing the performance envelope, he was often included in the quickest and fastest side-by-side runs in the history of the class and held more than 50 track records across the United States and Canada. Elliott, along with his teammates contributed immensely to the expansion of Alcohol Funny Car racing across central and eastern Canada.

Elliott began driving funny cars in 1980 behind the wheel of a Trans Am bodied Alcohol Funny Car. For the next three seasons, Elliott and his partners Bill and Vince Vanni blazed a path on the local scene, taking that first car to its performance limits, only to purchase the 1981 NHRA national record holding and NHRA championship winning Alcohol Funny Car of legendary tuner, Ken Veney. This car, combined with the driving abilities of Elliott, led the team to numerous prestigious victories at NHRA divisional events and propelled them into first place in the NHRA national point’s standings during 1982 and 1983. This win ranked them at #1 against the best competitors from across North America. From being one of the first teams in North America to utilize a semi-tractor and trailer combination as a marketing tool, to 1/8th mile burnouts and matching crew uniforms, their professionalism and showmanship was unmatched at the time in the Alcohol Funny Car ranks.

From 1986-1990 he did double duty behind the wheel of noted tuner John Rossitter’s potent Alcohol Funny Car and in his own Northern Force Jet Funny Car. In 1989, driving John Rossitter’s car, he became the first and only Canadian to set a National Hot Rod Association speed record in the Alcohol Funny Car division, in Bradenton, Florida. He covered the quarter-mile racing distance at more than 233 miles per hour that day. That was the highlight of a three-year span that saw Elliott and Rossitter dominate the NHRA regulars at national and divisional events, often setting top speed of the meet and qualifying in the top five positions.

In the 1990s, Elliott became the first Canadian to qualify at the U.S. Nationals in Indianapolis, Indiana in Fuel Funny Car competition in eight previous seasons. From the time he entered into competition in 1986 until he last competed in the division in 1991, driving for the Dustman Brothers of Malvern, Ohio, the class performance standards were lowered from 6.6 second, 250 mile per hour quarter-mile runs to mid 5.7 second, 290 mile per hour performances, with Elliott and his Northern Force leading that charge.

In addition to Elliott’s accomplishments on the track, Elliott has also contributed immensely to the sport “off the track: From 1984-1986 he served as the track announcer and coordinated with track owner’s John and Sharon Fletcher, 2013 inductees to the Hall of Fame, as part of the event operations team at Dragway Park in Cayuga, Ontario. Additionally, Elliott was asked to be a special advisor to the Ontario Coroner’s Office and the Ontario Provincial Police’s team assigned to investigate the death of drag racer and close friend, Jack Dustman. One year later, in 2002, he was asked to provide his insights into a crash at the Toronto Motorsports Park where the driver of a Jet Dragster lost his arm in a top-end accident. In 2006, he was once again called into action when 18-year-old Kendall Hebert perished in a top-end crash at more than 300 miles per hour in her Jet Dragster while testing at Toronto Motorsports Park in Cayuga, Ontario.

Elliott still ranks amongst the top 20 in all-time performances in the Alcohol Funny Car Division class and is considered to be one of the top four drivers in the history of that drag racing division alongside names like Roger Gustin, Dick Rosberg and Al Hanna. He has cemented his name in history as one of the premier Funny Car drivers in Canada and still remains as the greatest Canadian Jet Funny Car drag racer of all-time. His prowess behind the wheel will see him forever recognized as one of the premier drivers in the history of Canadian drag racing and his recent contributions towards improving the safety of the sport will undoubtedly allow him to leave his mark on history as well.