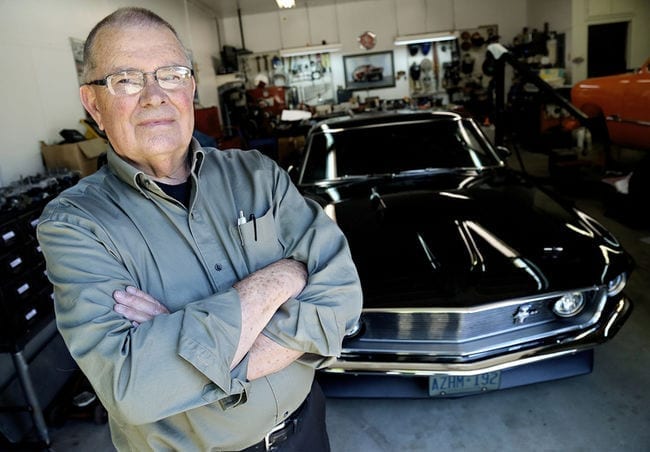 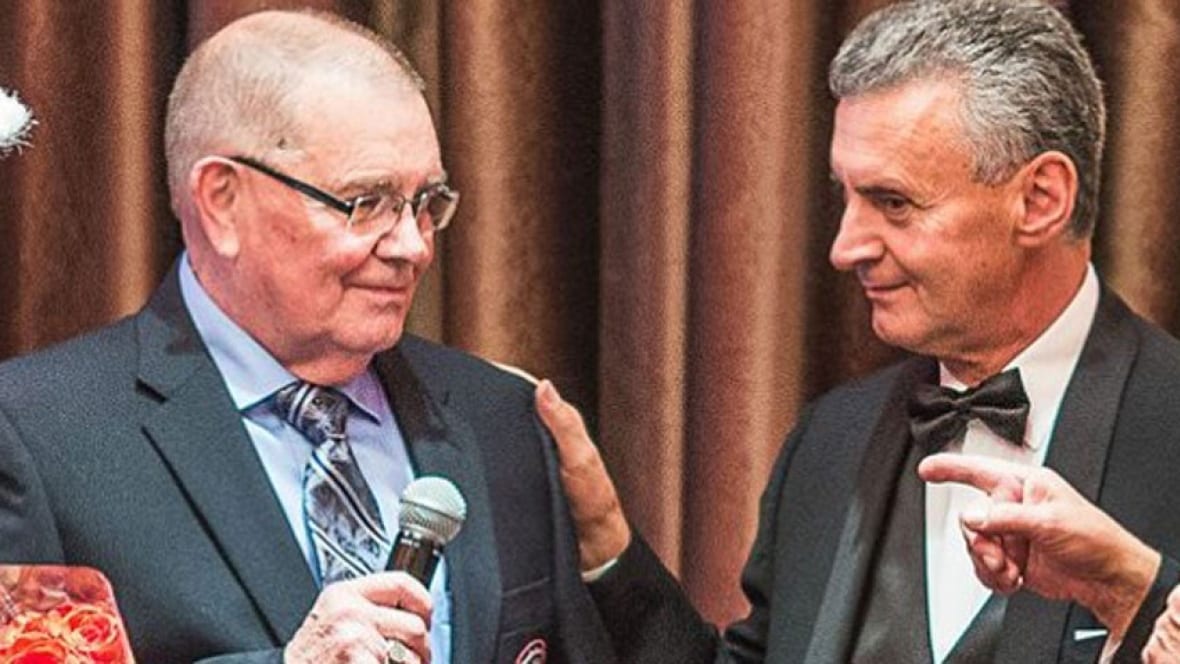 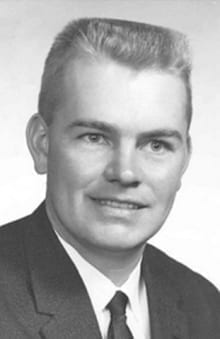 Sitting in Barrie Poole’s garage is a 1951 Ford two-door sedan he’s been building for four or five years. It won’t be done for another year at least.

After trying to go as fast as possible for 45 years, he’s now content to take his time. The legendary drag racer from Chatham stopped blazing down strips five years ago.

He was so good at racing, that he collects Hall of Fame plaques like children collect trading cards. He’s already in four Halls and will be inducted into two more in October. Don’t expect any speeches, as Poole may have been brave behind the wheel, but gets butterflies when talking to crowds. “Actually, I’m not big on it,” he said. “It’s a neat honour, but I’m not one that likes to get up in front of people and make speeches. In fact, I don’t do it. It’s a nervous time for me. It’s a nice honour. It’s nice that people look back and remember what we did.”

There’s barely enough room in the basement of his Victoria Avenue home to display all his trophies. They fill shelves and are lined up on the floor. Walls are covered with plaques, certificates, photos, and framed clippings. The exception is one wall – painted the Border Bandits’ colours (red with black-and-white bumblebee stripes) – that has only one mounted poster from Ford of Canada commemorating his historic win in 1970.

Poole became the first Canadian to win a National Hot Rod Association eliminator championship at the Winternationals in Pomona, CA, on Feb. 1, 1970. He defended his Super Stock title in 1971.

The Border Bandits earned their name by stealing trophies away from American drivers and then hustling back across the border. They raced all over Canada and the United States from 1966 to 1973. Poole was a driver and mechanic, John Elliot also drove, and his father Sandy was the owner and crew chief.

The team regularly reached the finals at the NHRA Nationals while setting numerous records. Poole and John Elliot were Super Stock magazine’s Drivers of the Year in 1970. Poole was introduced to the Elliots by Ford’s John Phillips, after moving to Toronto from Kings County, P.E.I.

Sandy Elliot owned a Lincoln-Mercury dealership, and a drag racing team was a great way to promote the business. (The old adage was, ‘Race on Sunday, sell on Monday.’) Poole worked 34 years for Elliot – first at the Lincoln-Mercury dealership, then at the Sandy Elliot Performance Centre dealing with boats, motorcycles, and snowmobiles, and finally at Honda House. He’s so widely respected, he receives calls from across North America asking for engine advice.

After retiring from Honda House in 2000, he worked for clients out of his garage. He now focuses on his own projects. “Now I think of myself as more of a builder,” Poole said. “Back in the day, when I started, all I wanted to do was drive. I had no interest in being the guy behind the scenes working on the cars all the time. I liked to do that, too. But I didn’t want to do that unless I was driving.”

He drove snowmobiles too, and won several championships before quitting. “I tried to kill myself a few times on them, so I got out of it and got back into racing cars,” he stated. He got into oval-track racing for a while but as a builder and mechanic, never as a driver. He preferred to do his driving on drag strips. “Drag racing has changed over the years,” Poole said. “People talk about the good old days, but in the ’60s and ’70s, that was the good old days of drag racing.”

Today, he does his day-to-day driving in a Honda van. He also has a 2006 Mustang with BDR BNDT plates.

He and his wife, Alice, enjoy going to car shows to buy parts and look around. He has no interest in sitting in a lawn chair and showing off his own handiwork. “The most fun is building the car, not driving it and showing it,” he said.